Hay, so…. This is the beginning. I’m starting the process of rebuilding this website. Obviously you guys won’t see this post till the site goes live but thought why not start ‘blogging’ now and get into the swing of things.

I don’t really know what actually constitutes a blog. I always assumed they were just basically public diaries. People wrote down their thoughts and feelings on a particular subject, or somethin
g like that. That’s what my aim with this blog is going to be. I’m going to do my best not to use txt speak, but I can’t guarantee this, nor can I guarantee my spelling will ever be accurate. If I’m posting from my main computer spelling shouldn’t be an issue but if I use another device it could go anywhere. I tend to spell phonetically, being dyslexic, so you should be able to make out what I’m saying 😉 Also I should say straight off the bat, there is most likely going to be a lot of foul language. I can get quite passionate and worked up about some things, and when I do it just happens. I’m not going to apologise for who I am. I’m not perfect, and I’ll always admit that. But lets be real, we’re all grown ups, if bad language offends you fuck off, as Billy Connolly would say. Some say it’s a sign of less intelligence but it really isn’t, even Stephen Fry agrees with that, so if you don’t like it I don’t care. Go somewhere else on the internet. It’s a pretty big place, I’m sure there is someone out there who will entertain your bitching about petty little things like language, and spelling for that matter.

Anywayz, I’m getting distracted from the point of this post (this could and most likely will happen a lot and in most posts, but I’ll try and keep on track or as close as pos).

Right, to what this is going to be about. We all can see and have some idea of how messed up the
world is. I don’t just mean with the whole terrorist rubbish, but the environment, politics, the kids….. just everything is fucked. And there doesn’t seem to be much of a light at the end of the tunnel. So what I am going to do here is post my thoughts, feelings and options on various topics and hopefully open peoples eyes and wake the world up. THESE WILL JUST BE MY OPIONS! Before all you fucking do gooders out there want to start ripping me apart for whatever reason. I am not guaranteeing any of what I say is well researched if at all but some will 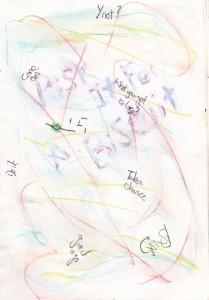 be. I am open to criticism, in fact I invite it, but don’t be a dick about it. Constructive criticism and reasonable, heathy debate. This is how we move things forward and get out of the shit. If you’re just going to sit there and go hell for leather on ripping things apart, you dam well better be perfect yourself (remember I said I am not), otherwise you might as well go join them twats running the show.

To go with this I will be doing some art works and photography. For those who visited the old site or followed me on Facebook, this will be a return to what I have done before and some new styles. But now hopefully you’ll have an idea behind what I am creating. With the art work and the blog, I don’t know how often/how much time I will get to update or post new things. I am going to do my dam best and intend to post at least once a month. I really do feel like opening up a debate about things people aren’t talking about and seem to be too scared to talk about is the only way to sort out the horror we are heading towards.

Finally, there are two quotes (not sure where they come from but see them posted on my Facebook news feed from time to time);

You say why doesn’t someone do something about it. Well you are someone.

They say nobody can stop them. I am nobody.

These both pretty much sum up how I feel right know when I look at the world. Nobody seems to be doing anything to stand up for the people and the governments don’t listen to the people. So it’s time Someone took things into their own hands. Why not me?

Ok, so, I better go back to building this site……. Spread the word… Peace out.

I suppose I should say a little about me